Bay High School would like to congratulate Sophia Beauchesne, Jonathan Koss, and Klevin Mici for their commitment to continue their academic and athletic careers at the collegiate level. 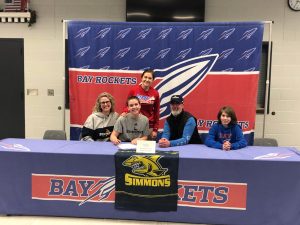 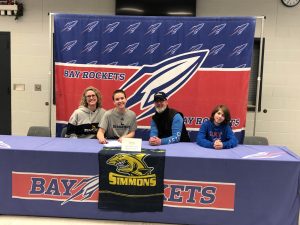 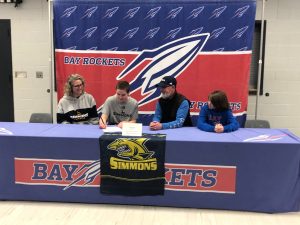 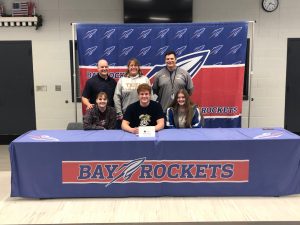 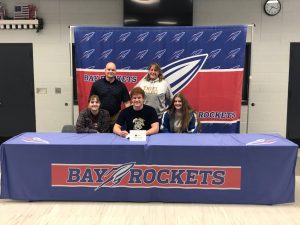 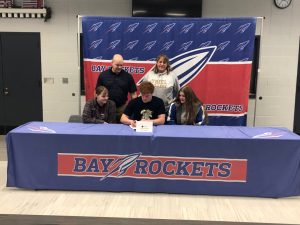 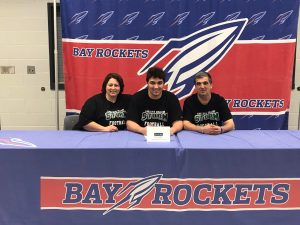 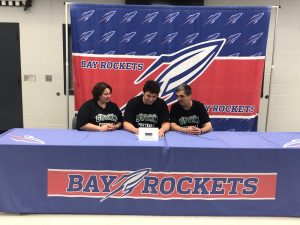 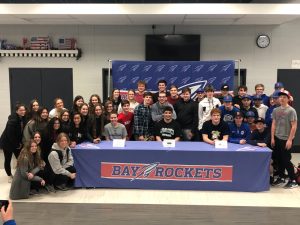 Sophia Beauchesne will continue her academic and athletic careers at Simmons University in Boston, Massachusetts where she plans on playing lacrosse.  As a junior, Beauchesne earned Second Team All-Region for the Ohio Schoolgirls Lacrosse Association.  She also broke school records for most ground balls in a season (76), most ground balls in a career (175), and most caused turnovers in a career (77).  As a sophomore, she earned the PCA Triple-Impact Competitor Award for her team.  She also earned First Team All-Region for the OSLA.

Jonathan Koss will continue his academic and athletic careers at Thiel College in Greenville, Pennsylvania where he will play baseball.

Klevin Mici will continue his academic and athletic careers at Lake Erie College in Painesville, Ohio where he will play football.  For his senior year this past fall, Mici earned First Team All-Great Lakes Conference, Second Team All-Northeast Lakes District, and Lineman of the Year for the team.

Congratulations to Sophia, Jonathan, and Klevin and to their families.

No Events This Week

Events are added by athletic staff.
View All Events