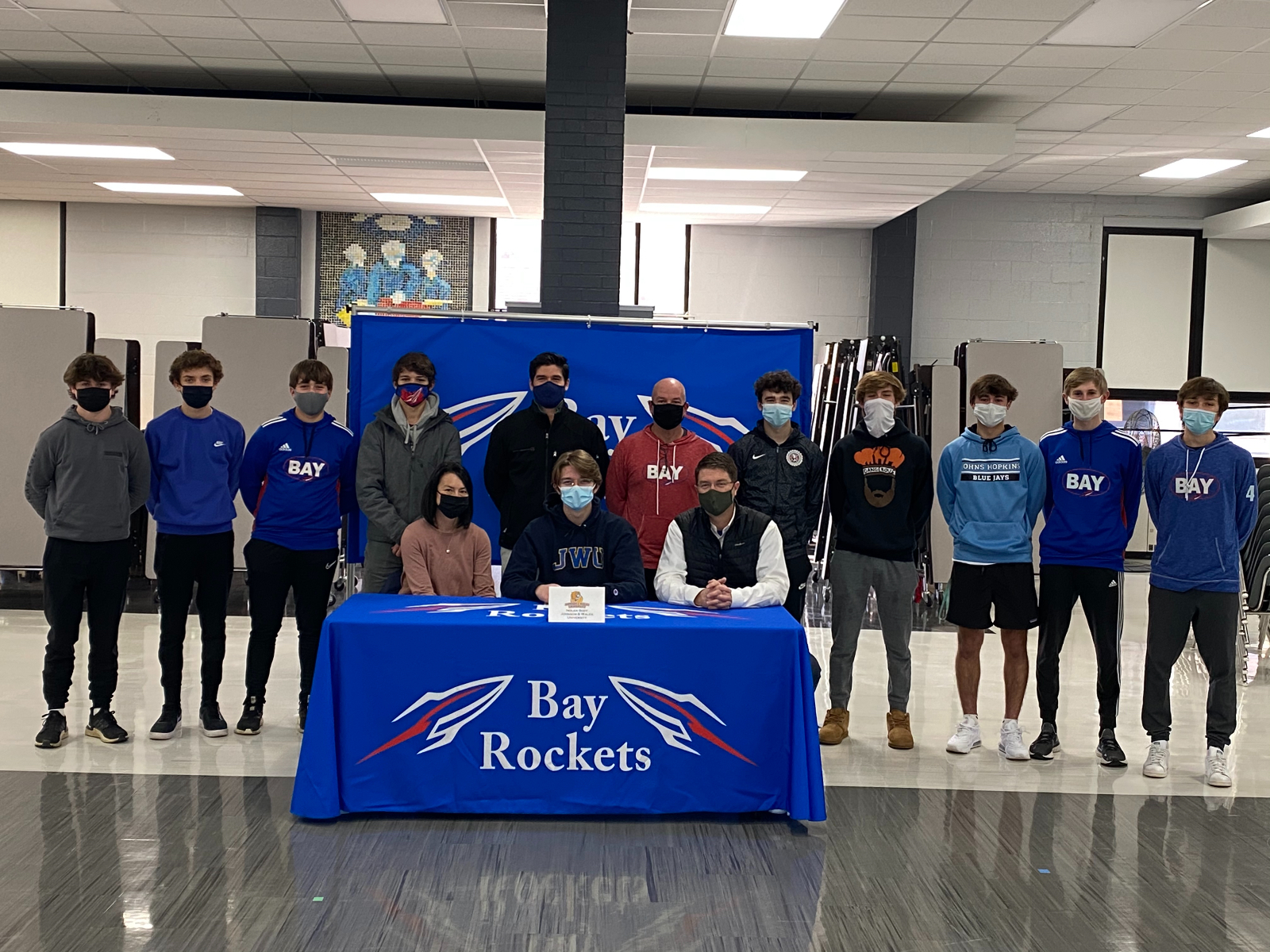 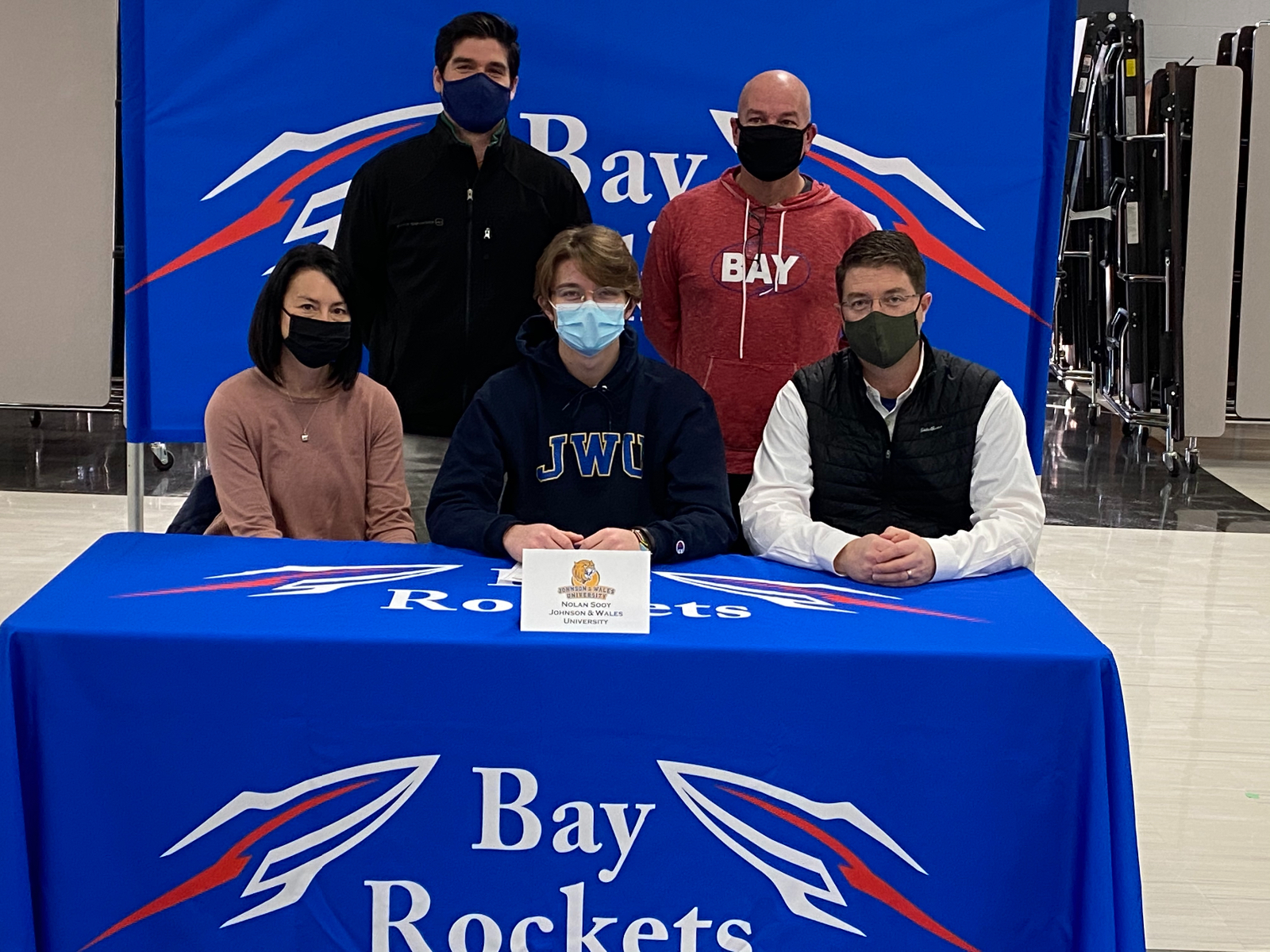 Bay High School would like to congratulate Nolan Sooy for signing his “National Letter of Intent” with Johnson & Wales University in Providence, Rhode Island.  Nolan will continue his academic and athletic career for Men’s Soccer at Johnson & Wales.

Congratulations to Nolan Sooy and his family.