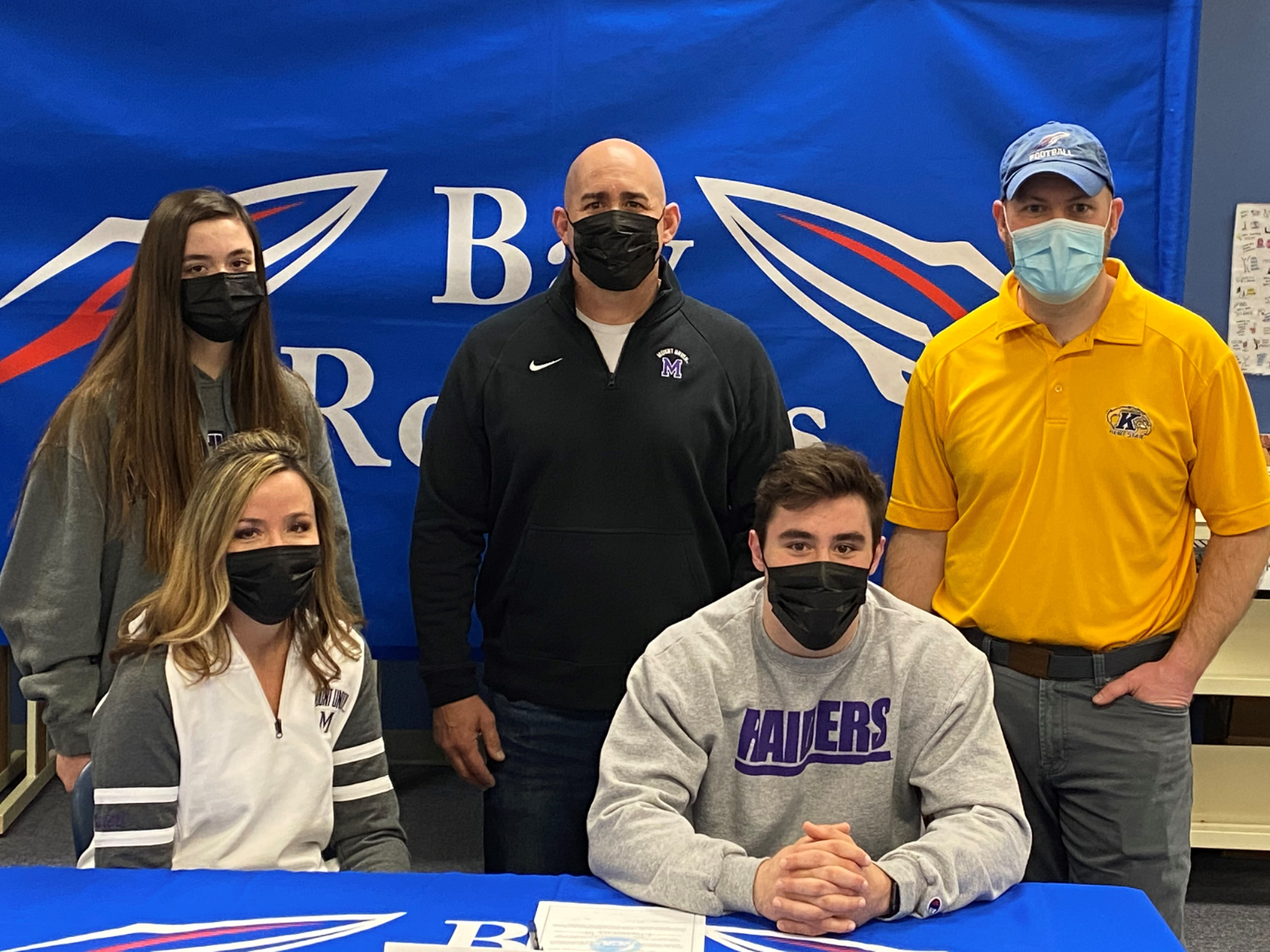 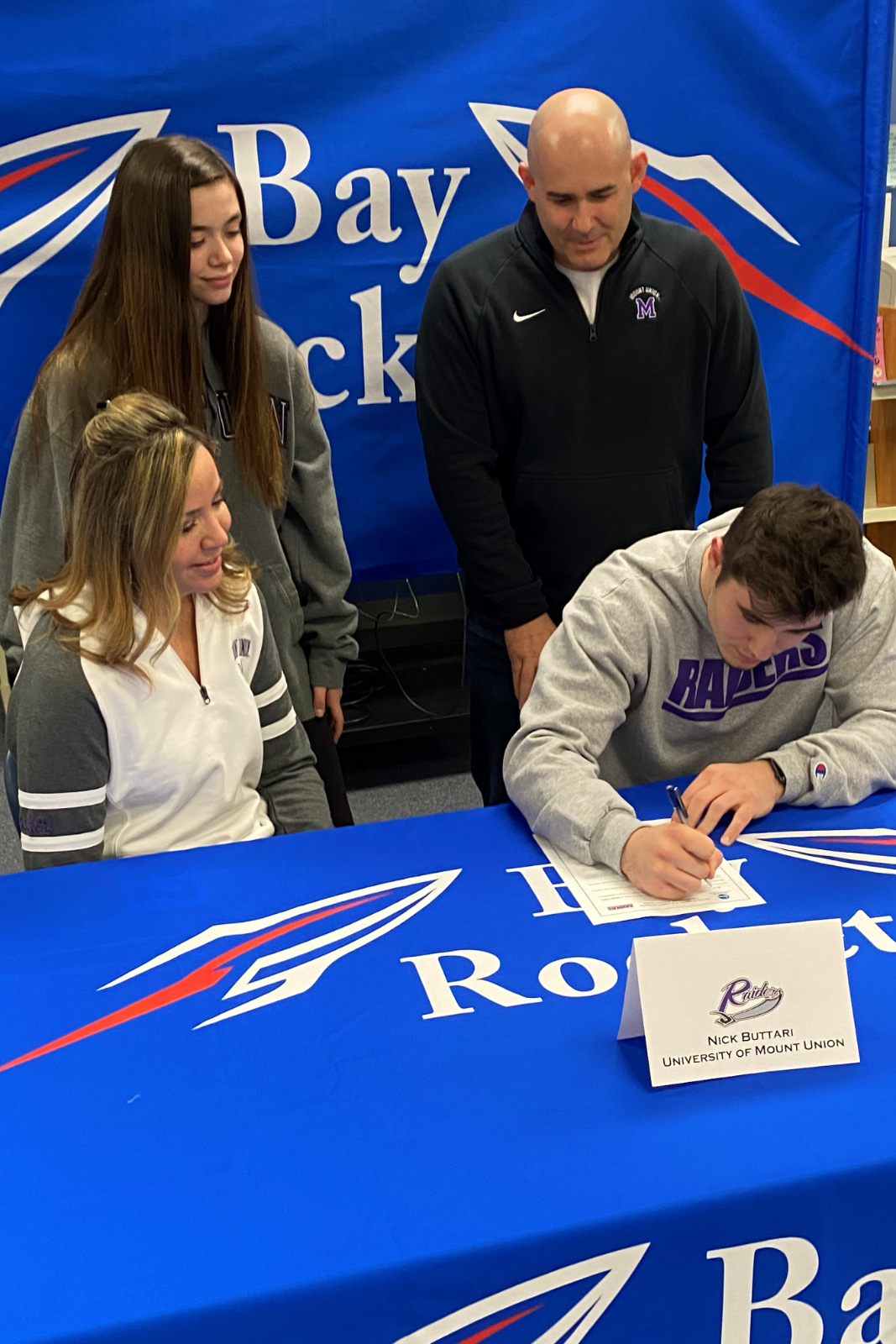 Bay High School and the Bay Rockets Football Program would like to congratulate Nick Buttari for continuing his academic and athletic career at the University of Mount Union.

This past fall during Nick’s senior year, he earned First Team All-Great Lakes Conference honors.  He earned Second Team Northeast Ohio Lakes All-District honors.  He was also picked as captain of the team.

During Nick’s high school career the team won a GLC title and also made the playoffs all four years.

Congratulations to Nick Buttari and his family.