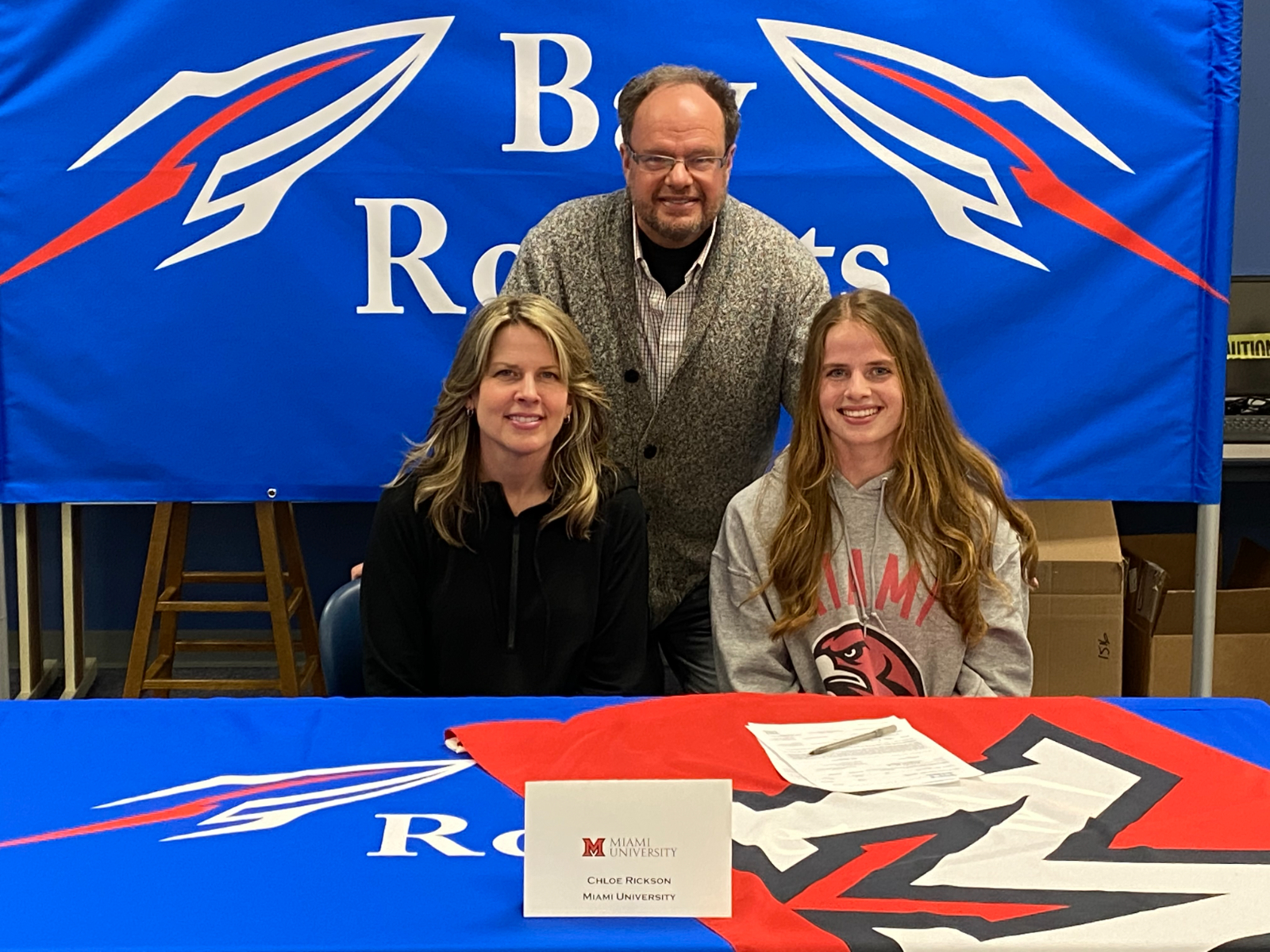 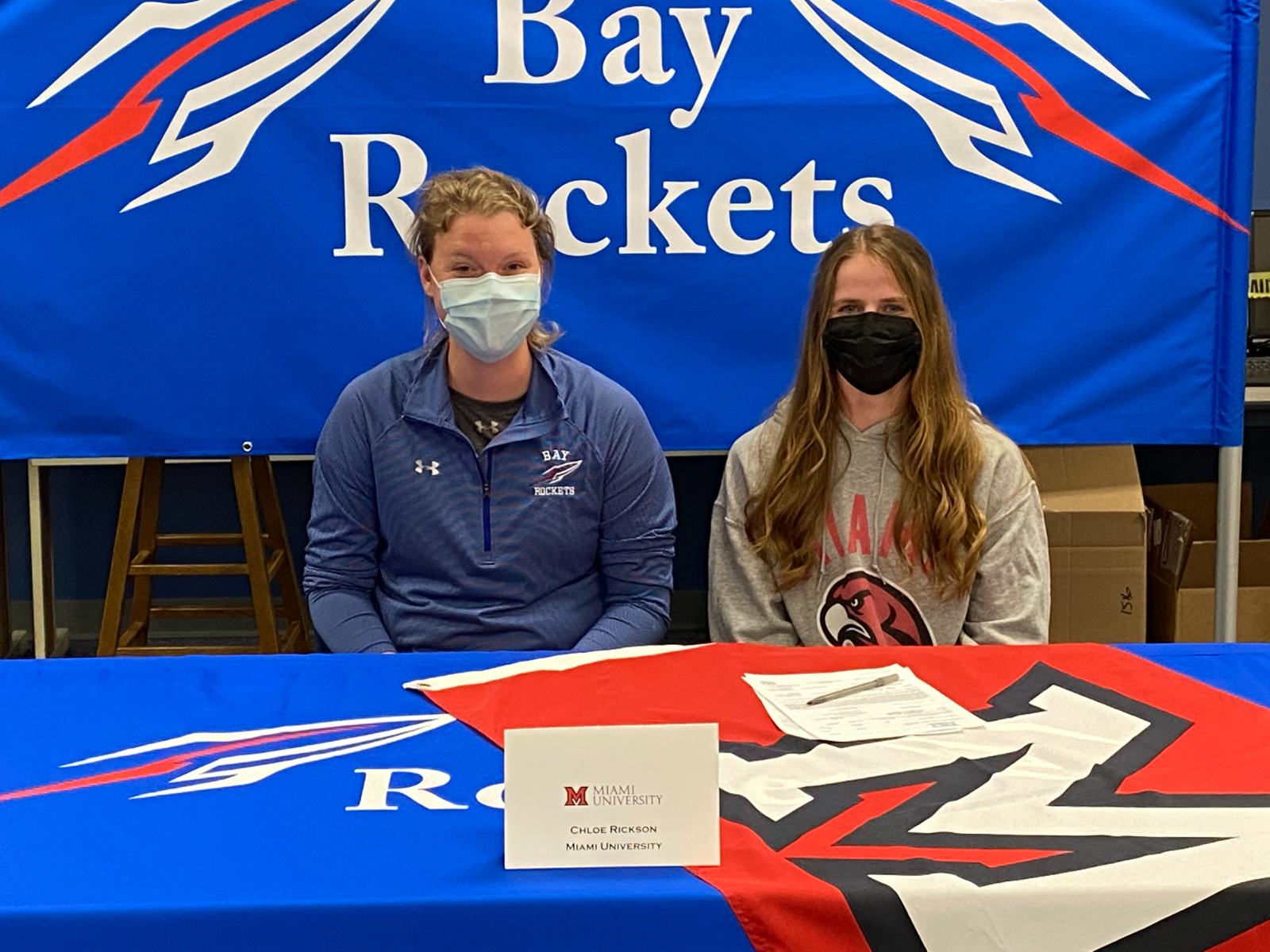 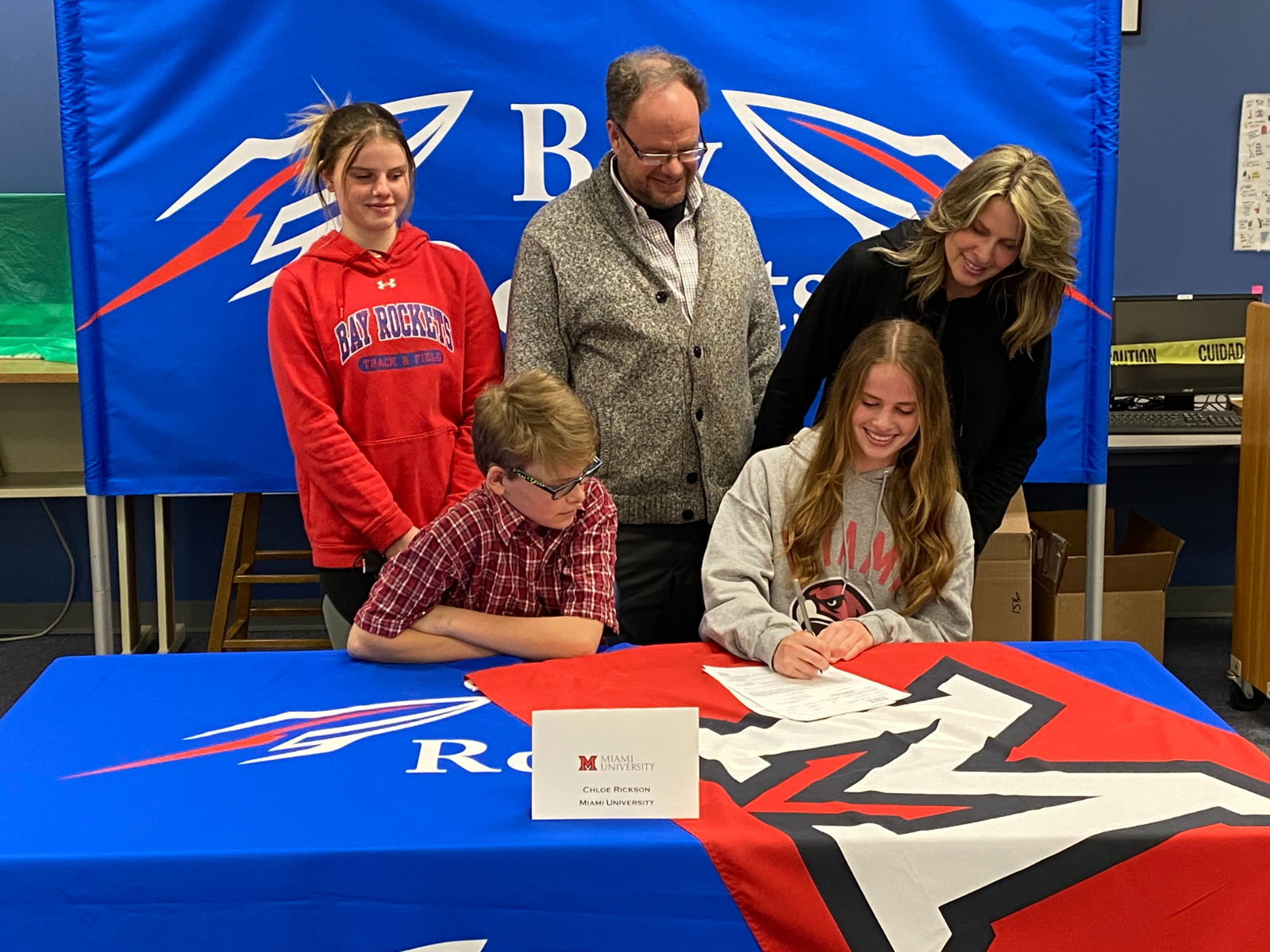 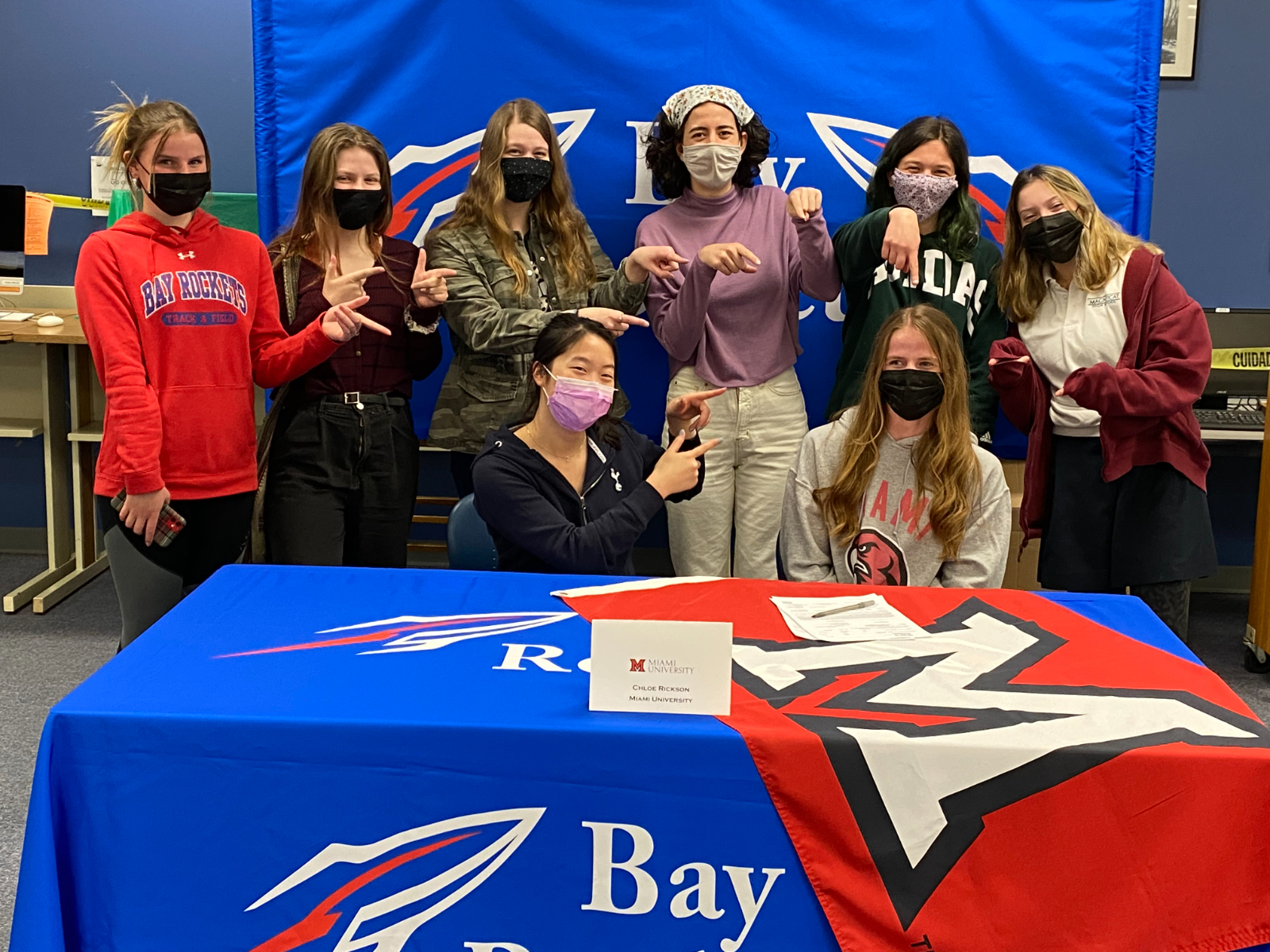 Bay High School and the Bay Track & Field Team would like to congratulate Chloe Rickson for continuing her academic and athletic careers at Miami University next year.

During the Indoor season this year, Chloe finished 4th in the long jump and 11th in the 200 meter dash at the OATCCC Indoor Championship.

During Chloe’s freshman year, she was GLC Champion in the long jump earning First Team All-GLC honors.  She was also a Regional qualifier in the long  jump.

Congratulations to Chloe Rickson and her family.